I SEE YOU BABY

Jeffrey rolled a wheelchair into the room and asked if I was ready to go meet our son– of course I was! Nerves, anxiety and excitement hit me all at once. My wardrobe those days consisted of green hospital gowns and even more green hospital gowns. I was so excited to finally find a “prettier” gown in my post-partum room waiting for me. It was pink and a much nicer material. It was enough to make me feel like a brand new woman– a new momma heading to meet her brand-new son.

Aside from being transitioned from one floor to another, this was my first time really leaving my room. Strict bedrest hadn’t allowed me to explore my temporary home. Although I had been at this hospital for 5 days, my surroundings were completely unfamiliar to me. I had yet to see the hallways and hardly knew what floor I was on.

Jeffrey rolled my wheelchair towards the NICU. He knew these halls just as much as anyone, but I made sure to pay a lot of attention as every corner and turn would be my new routine for the months to come.

The NICU seemed so far away. In between my room and my son were a serious of security checks, elevators and a hallway that seemed never-ending. When we approached the NICU there were two signs; one for NICU A and another for NICU B and C. I knew we were in A because that’s where the sickest babies go. Regardless of Jed’s 9 out of 10 APGAR score, he was still only 24 weeks and 6 days old. Even then, I couldn’t help but look at the sign for B and C and think, “I can’t wait until we can go through those doors.”

It’s so strange how your mind begins to adjust and your perspective starts to change. You go from hoping for and expecting a healthy full term baby, to wishing for a lower intensity NICU. It’s these victories and milestones that you’ll now celebrate and hang onto.

We pushed the buzzer for the NICU and were let in. “Can I help you?” asked the receptionist. “I’m here to see my son,” I responded. She asked to see my bracelet. That’s right! I had almost forgotten that during the chaos of delivery, a band was placed on my wrist with Jed’s details. They didn’t know him as Jed or Jedidiah around there, though. He was known only as “Baby Diaz” (maiden name).

They told me I couldn’t lose this band as it would be my pass into the NICU for the entirety of our stay. We were quickly given the rules: only two people at a time with the baby (one of those had to be one of the parents), no kids, no jewelry on your hands and above all, always, ALWAYS wash your hands. Want to know what 110 days of constant soap and sanitizer does to your hands? Ask any NICU nurse to show you their knuckles. Not fun but you’ll adjust.

Bay II was where our little Jed was. He was right by a window and shared a very large area with only 3 other babies. I had Jeffrey roll me as close as he could to his isolate so I could stand up and get a good look at my boy. He no longer looked like the strong little baby in the pictures. In just a few hours the effects of being outside of my womb were already taking a toll on his body.

I couldn’t see Jed’s head or hair as he had a hat on because of the CPAP. His eyes were covered with a mask because he was under the bililight for his high bilirubin levels. All I could really see was his skin, red as can be and his tiny ribs protruding. Although he was in an isolate with so much humidity fogging the glass up, his skin was breaking in some places. There was a feeding tube in his mouth that traveled down his throat all the way to his stomach and an IV where his umbilical chord had been cut to administer TPN (Total Parenteral Nutrition– fluids with protein, vitamins, carbohydrates, electrolytes, etc). His tiny body was covered in probes: temperature, heart and respiratory rate ones. A blood pressure cuff the size of a dime wrapped around one leg while a SAT probe (monitors oxygen saturation) was wrapped around the opposite foot.

I wanted to touch him, but could I? Glancing towards the nurse for permission as she gave me the okay. I sanitized my hands for probably the 20th time, opened one of the little windows of the isolate and stretched my finger out towards him. The heat inside the isolate kicked me in the face as I placed my finger on his hand and he immediately grabbed a tight hold of it. This was my first time having any contact with my son. His hand was so tiny and sticky– so fragile. I held back a flood of tears because the nurses said it wasn’t good to cry around the baby. We were told the babies feel your energy and positivity. That you should try and stay as positive and happy as possible around them during this rollercoaster ride. Looking back, I can tell you I agree with this 100%. But even then, not knowing, I figured they knew more than I did. So I held back my crying and instead held my son’s hand and looked at how beautiful he was. I see you baby. Underneath all of that equipment and wires, I see you.

When we left, I broke down. I cried like never before in my life and I wanted nothing more than to disappear. Feeling like the worst mother on the planet, I blamed myself for everything he was experiencing. I had one job and it was to provide him a safe place to grow and develop and I had failed. Instead, he was now fighting for his life and there was nothing I could do. Was it my traveling? Was I too active? Did I miss any signs? I beat myself up almost everyday in the NICU for this. Everytime I saw him suffering, I felt like a failure. You might probably feel this way too.

But I’m here to tell you that it’s not your fault. It may feel that way and no one will convince you otherwise (I know because I was there), but it is important that I tell you that it is NOT your fault. You did not put your baby there and you did nothing intentionally to hurt your child. I can also guarantee that you’re probably wishing you could take your baby’s place, I know you would, in a heart beat. Unfortunately, these things happen and there is little to nothing you could do to prevent it, especially when it’s all new to you and there weren’t any previous signs. You are a wonderful mother and your baby needs you to be strong for them now more than ever.

Your baby needs your positivity to grow and thrive. They need for you to spend your energy being their voice and advocate. Turn that frustration and sadness into hope and determination. Engulf yourself in your baby’s world. Ask tons of questions and educate yourself on all things NICU! Learn what every machine is and does. Ask to participate when you can and ask to speak to the doctors for an update as often as possible. This isn’t the moment where you cry and feel sorry for yourself and your child. It’s the moment you put on all of that armor God has provided you with and go to war for your baby. It’s a LONG battle with many ups and downs. Applying your faith, love and endurance daily will help see your baby through it and hopefully out of those doors one day.

If that isn’t enough to motivate you, then do it for other women. Do it for all the ones who would take your place in a heartbeat. For the ones dealing with infertility. The ones who had a stillbirth. The ones who lost their baby somewhere along the way. Do it for them because God knows they wish they were in your shoes, fighting alongside their baby for a chance at a long and beautiful life together.

I know this situation is difficult and hurts like hell, but you are blessed. You might have not had the pregnancy you imagined, but you have and will always have, that joy that is being a mother.

As usual, Jed today right before heading to physical therapy! Thriving and looking cuter than ever at a whopping 11 pounds! 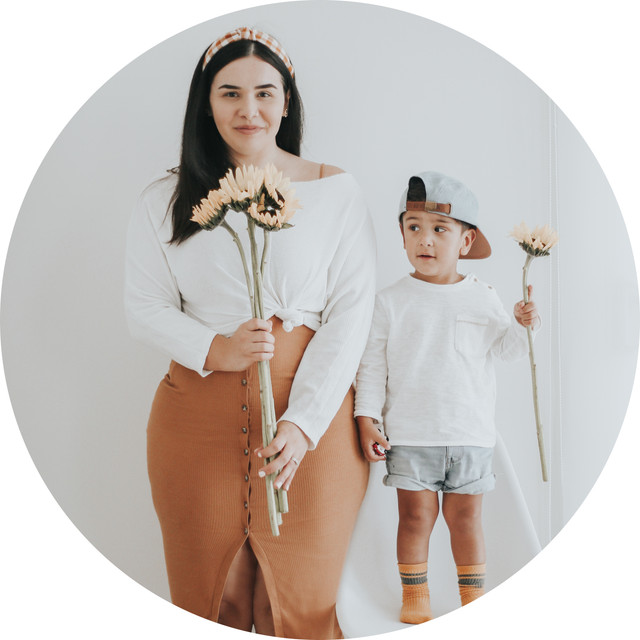